Huang-Lao dao (Way of the Yellow Emperor and Laozi) is the name under which one part of the Taoist tradition was known in the early Han period (2nd century BCE). The precise contours of this "Way" are unclear, but it may be equivalent to the early meaning of the term Daojia ("lineage(s) of the Dao") as defined by Sima Tan (fl. ca. 135 BCE) in the Shiji (Records of the Historian).

The Huang-Lao adepts saw Laozi as the master who set forth the principles of government in the Daode jing, and Huangdi (the Yellow Emperor) as the ruler who applied them for the first time in human history. Huangdi continued to play the role of the perfect "Taoist" ruler in later times: having received teachings in various disciplines — medicine, alchemy, sexual practices, dietetics, etc. — from different gods, goddesses, and immortals, he would become the patron of some of them. In later times, Laozi and Huangdi were even associated with one another as a single deity under the name Huanglao jun, lit., Yellow Old Lord. 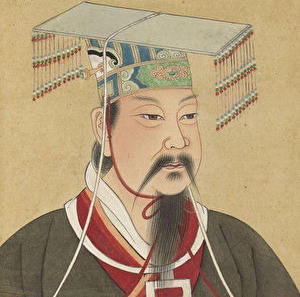 In addition to the central notion of government by "non-doing" (wuwei), the Huang-Lao dao appears to have promoted not only other teachings of the Daode jing, such as the requirement of self-cultivation by the ruler, but also — displaying the first hints of the integration of Daode jing teachings and cosmological thought — the regulation of political and social life according to cosmic cycles, such as those of the seasons. The Huang-Lao ideology enjoyed some success at court during the early decades of the Han dynasty, but quietly disappeared after Confucianism was adopted as official state doctrine by Emperor Wu of the Han (r. 140-87 BCE). Nevertheless, its political views continued to form one of the bases of the Taoist teachings.

In the past few decades, scholars have described some excavated manuscripts as Huang-Lao sources, but no firm conclusion has been reached on this point. The same is true of the Huainan zi (The Master of Huainan), a major work completed in 139 BCE under the patronage of Liu An (180-122 BCE), the ruler of the southern kingdom of Huainan (in present-day Anhui). The Huainan zi contains sections devoted to thought, government, self-cultivation, ethics, mythology, hagiography, astronomy, topography, music, military affairs, and other traditional sciences. Its intents of synthesis are also shown by more than 800 quotations drawn from other texts, including about one hundred from the Daode jing and over 250 from the Zhuangzi.

Yet, although the Huainan zi is included in the Taoist Canon and later Taoist hagiography has welcomed Liu An as an "immortal," the text as a whole can hardly be described as Taoist. In a historical perspective, the Huainan zi is, rather, the main source that documents the integration of early Taoist thought with cosmology and with several cosmological sciences. More broadly, it is one of a series of important texts, written between the 3rd and the 1st century BCE, that provide extensive overviews of cosmology, government, and self-cultivation in view of the creation of a comprehensive ideology that would serve as the foundation for a newly created Chinese empire. These works also include the Lüshi chunqiu (Springs and Autumns of Sire Lü), the Chunqiu fanlu (Luxuriant Dew on the Spring and Autumn Annals), and — with focus on medicine, but sharing the same foundations — the Huangdi neijing (Inner Book of the Yellow Emperor).